Wikipedia describes CPM as follows: "Cost per mille (CPM), also called cost per thousand (CPT) (in Latin, French and Italian, mille means one thousand), is a commonly used measurement in advertising. It is the cost an advertiser pays for one thousand views or clicks of an advertisement."  Article here.

Your default CPM values are automatically configured in your Merit settings as shown below, but you may change these values as desired.

Start by clicking on a news mention in your inbox to view its details. 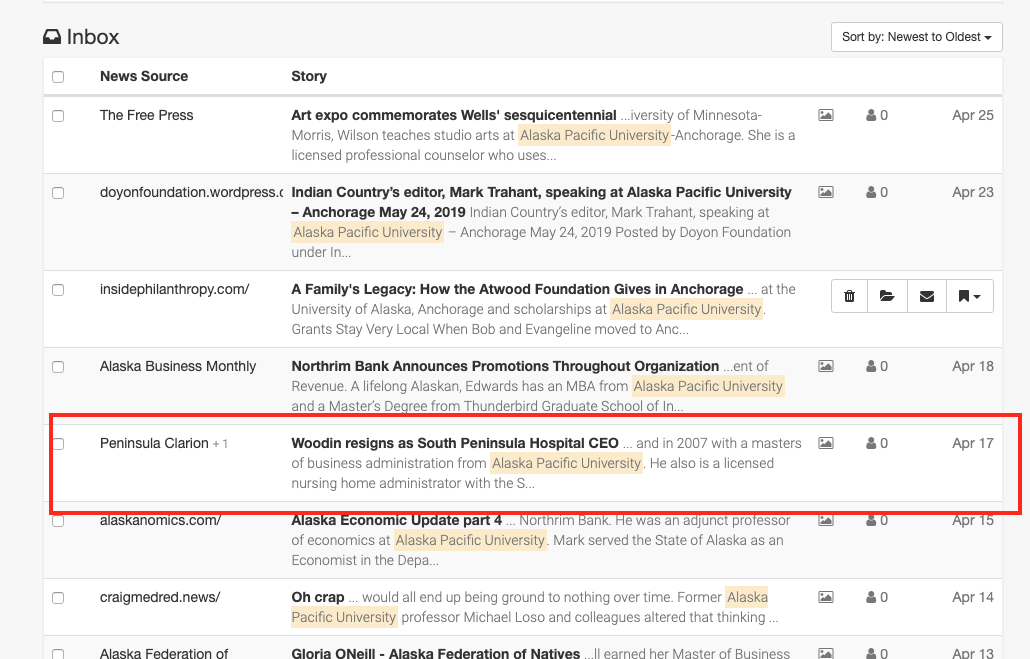 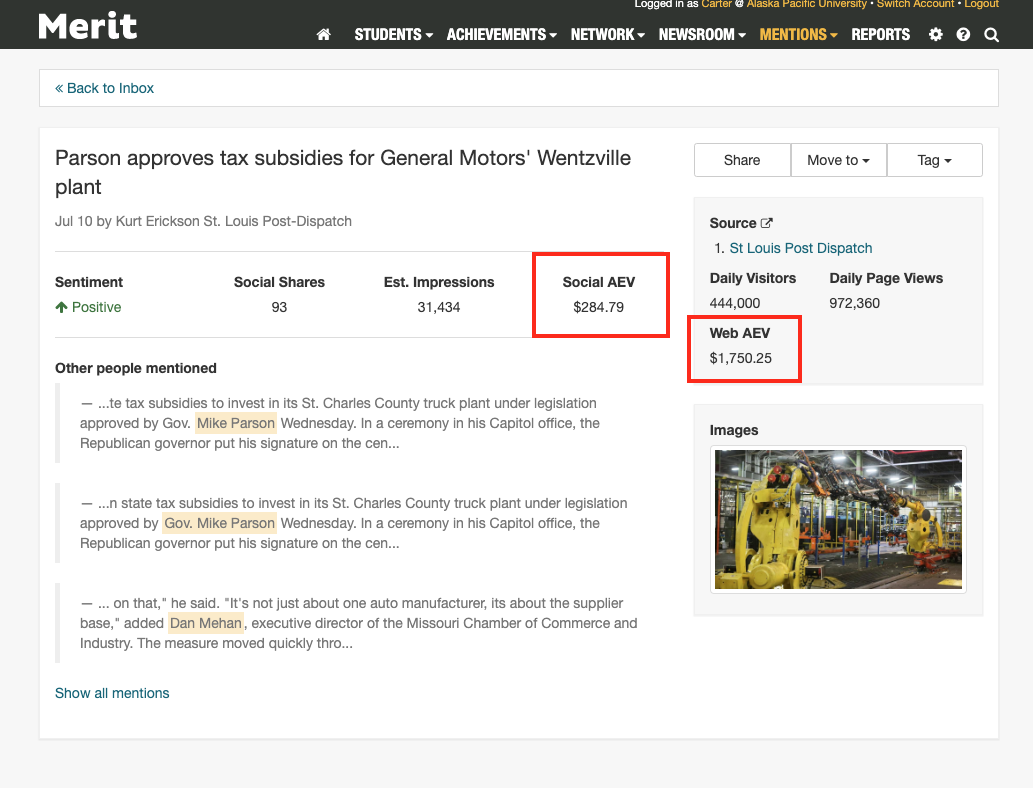 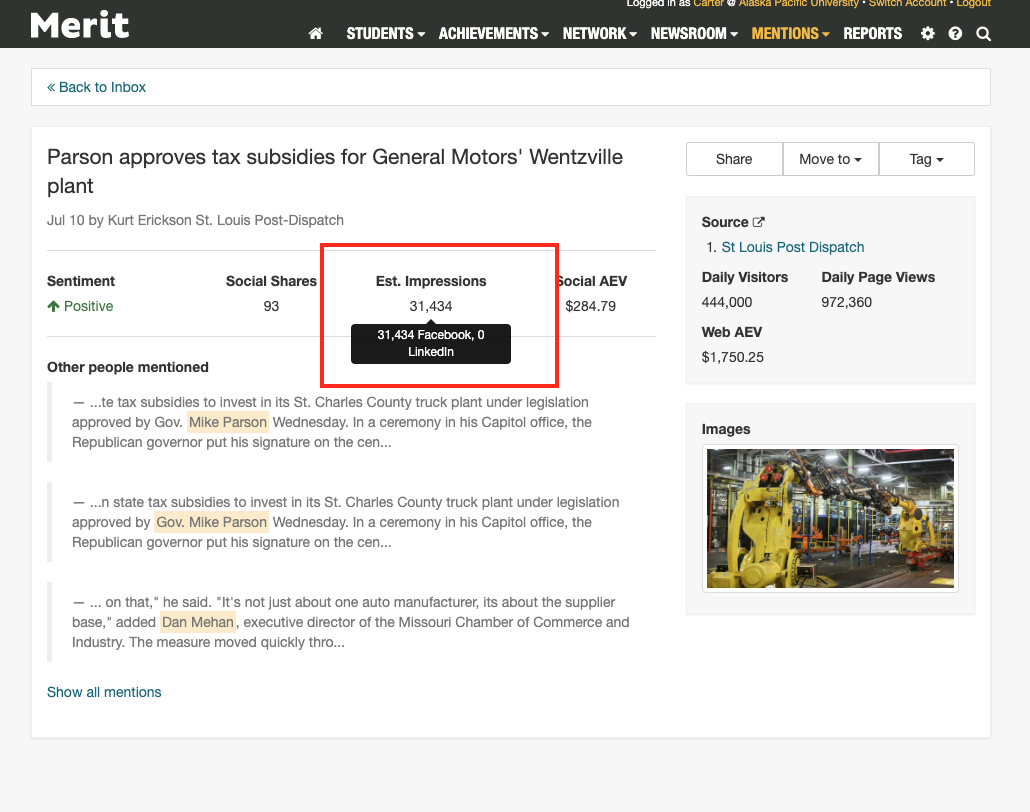