Access Reporting for Newsroom by clicking on the card as highlighted below. 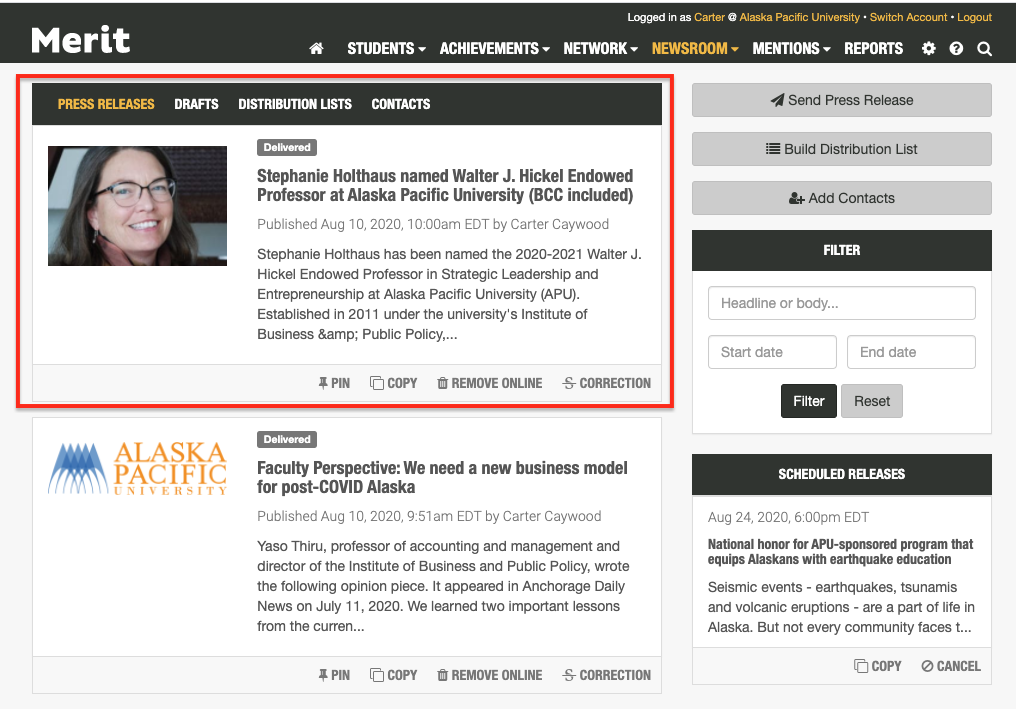 Press release statistics such as open rate, click through rate, and other details about your press release are shown on the report page. 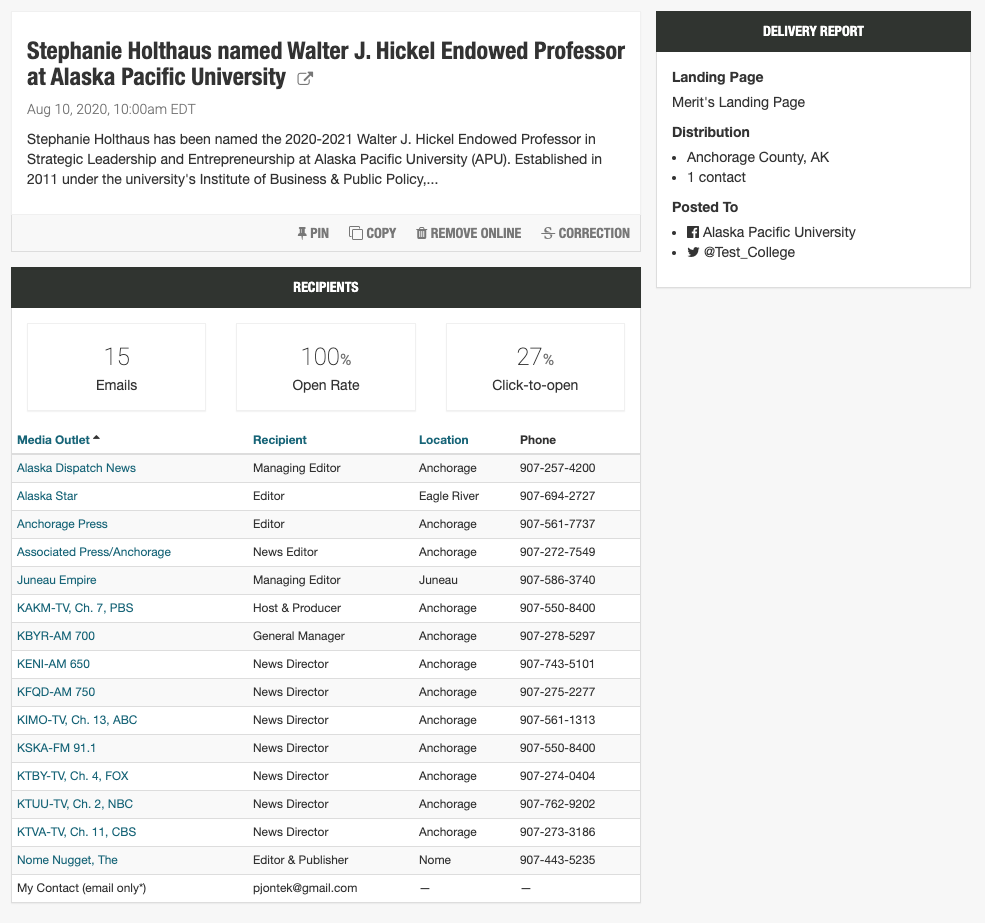