There are over 10,500 local media outlets in the Merit network. You can choose to include them when you create an achievement.

Merit will automatically match each student up to their hometown newspapers using their postal code. News about a student may go to multiple newspapers if more than one newspaper covers the student's hometown.

Merit knows which version of the story each paper should receive and which students should be included. All you need to do is write the story and use the appropriate placeholders!

Here's an example of an emailed press release: 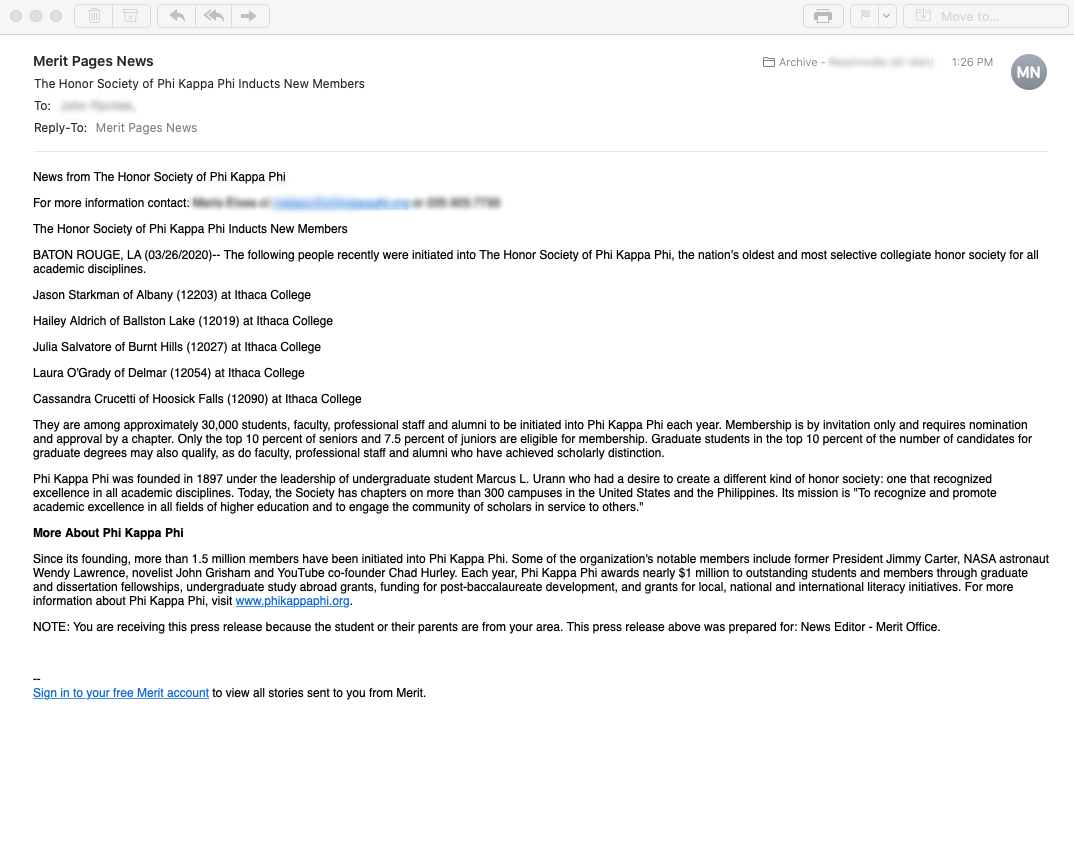 When an image is included in an emailed press release, the file will be hosted online and a link to the hosted file will appear at the bottom of the story. In an effort to improve deliverability, Merit does not embed or attach files to emails.